Winston Brown was refused re-entry to the UK in 2006, when he tried to board a plane at the end of a trip to Jamaica. It took his family 13 years to get him back into the country. He is one of thousands of people affected by what has become known as the Windrush Scandal – well before the creation of the so-called Hostile Environment. 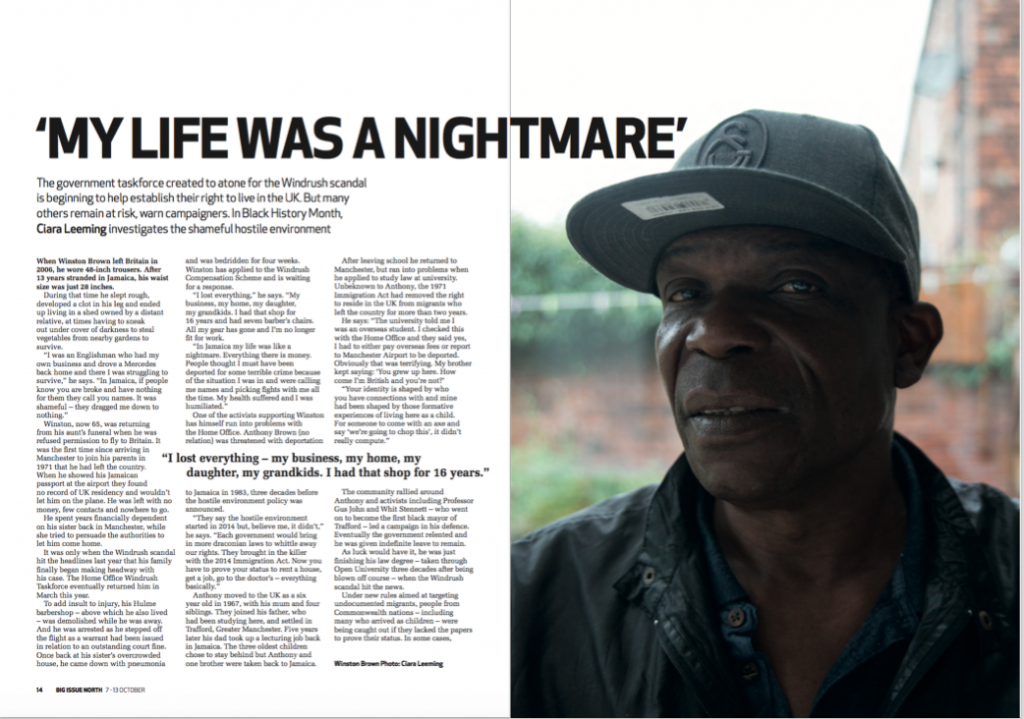