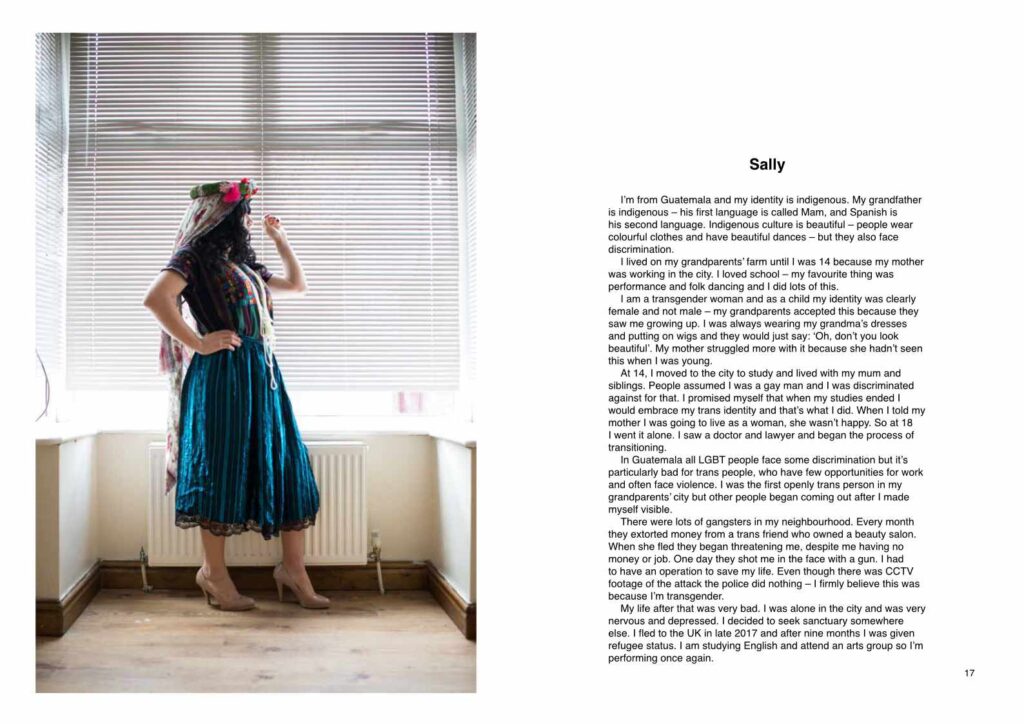 I am a terrible businesswoman. A lot of the work I do, I do for myself quite honestly – to satisfy my own curiosity and shine light on particular issues that I care about. I am less good at finding audiences in any meaningful or commercial way and that is normally a bit of an afterthought.

And so it happened with the body of work which almost no one has seen, Here and There.

My friend Ramona, aka Elvira and a collaborator in my Roma project, came up with the idea. By this time, 2018, she was working for a migrant support charity and came up with the idea of situating stories of Roma people within the wider narrative of migration and the issues faced by these communities in the UK.

Why didn’t I use my skills to tell some of these stories, she suggested? Maybe we could then present them to her employers and get them seen.  I think she envisoned  me collecting around eight stories and images, but me being me I took it a bit further. It felt important to try to make it all representative – of gender, sexuality, age and of different push factors. There are asylum seekers and refugees, Roma people and others who moved to the UK as children or adults. By the time I’d finished I had collected 26 stories – although one later withdrew consent.

Once I had them, I wasn’t sure what to do with them. Ramona and I had a meeting with woman from a human rights charity, who loved the work and promised to show it to others in the field, but then nothing happened and first a general election and then Covid took over.

I sent the work to the People’s History Museum in Manchester after learning by chance that they were programming a year’s worth of events around the theme of migration. I didn’t get an exhibition but they later came back to me to ask to use four of these stories within a broader show. They are currently up on the wall but the museum has been closed much of the past year, so we haven’t see it. Hopefully soon.

In the end I’ve just decided to throw it onto the internet in case anyone wants to read the stories. They don’t tell us much in the grand scheme of things – they just humanise a subject so often talked about in terms of numbers. Behind every number is a person with a story. That’s really all there is to say.

The Ebook can be viewed free of charge here. 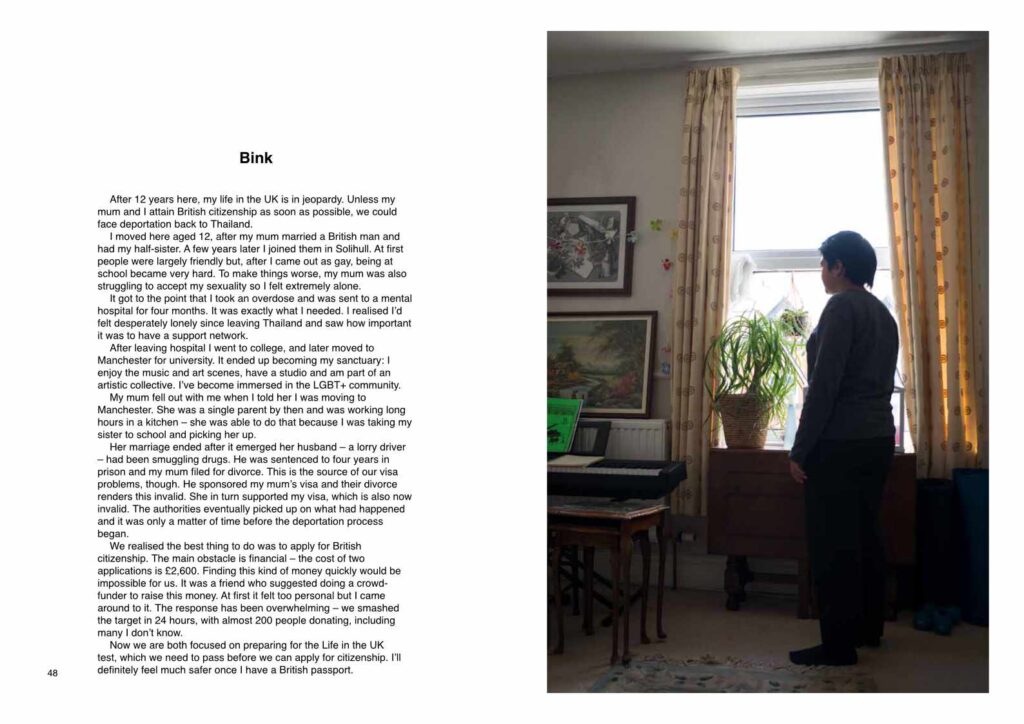