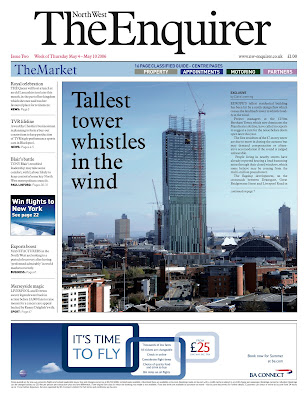 I have to say, it’s still one of my favourite stories that I’ve worked on and it’s certainly one of the most enduring. Since I broke the story in the short-lived North West Enquirer, the £150m ‘whistling tower’ which dominates Manchester’s skyline has entered local folklore and been covered by everyone from the Daily Mirror to New Scientist. The drone the Ian Simpson-designed Beetham Tower emits on certain windy days – when the wind blows from a particular direction and at certain speeds – causes problems with the filming of Coronation Street just a few streets away. A couple of years back when I was working at the Manchester Evening News the developers thought they were going to fix it. Almost four years on from the original story, it continues to run. Today’s MEN reports that another attempt to sort it is now going to be made. 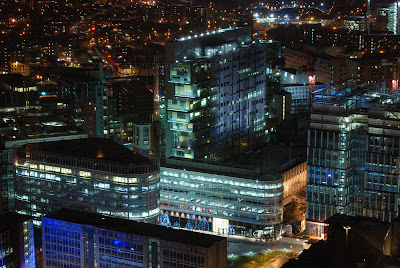 (view from the top of Beetham Tower)