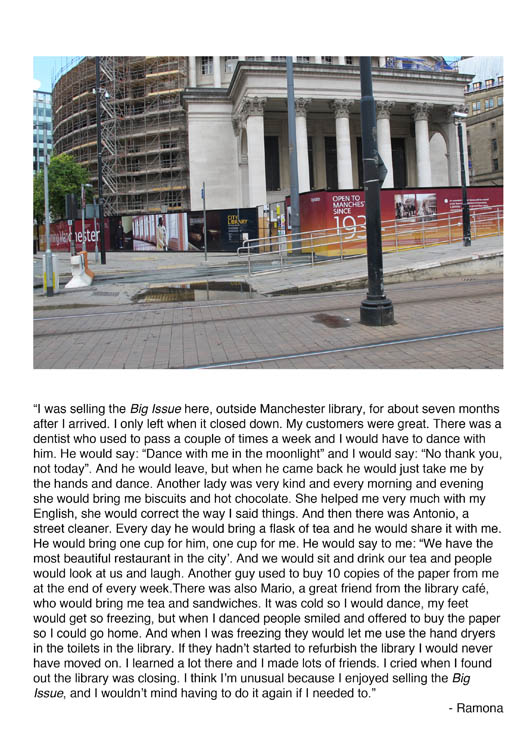 I mentioned a few weeks ago that I have been experimenting with the anthropological fieldwork technique of photo-elicitation as I work on my Roma project. My initial attempts with Lida, a couple of which I put up on my blog, involved her writing down a few sentences in response to images – so far only photos from her own family album and photos she has taken for me (see a couple here and here). I’ll be continuing to play with this approach as I decide which of my own photos I’ll be using. Last week I had an initial stab at this with Ramona, again with images she has been taking for me with a camera I gave her. In this case it turned out slightly differently – Ramona is new to writing and very under-confident so after a brief aborted attempt I changed tack and recorded what she said. Doing it in this way has both pros and cons in my view. I quite liked the idea of using a little bit of hand-writing next to a select number of photos in my final layout, thinking it would give the project an extra something, so I’m a little disappointed that’s not really going to work. On the upside though, recording certainly results in far more thoughtful and insightful responses. The idea of this part of my project is that it is collaborative so I’m a bit loathe to jumping in and editing down responses for length. I’m realising though that my final layout is going to be pretty text-heavy, which is fine in some senses, I just need to find a way to put it together which doesn’t detract from the images. 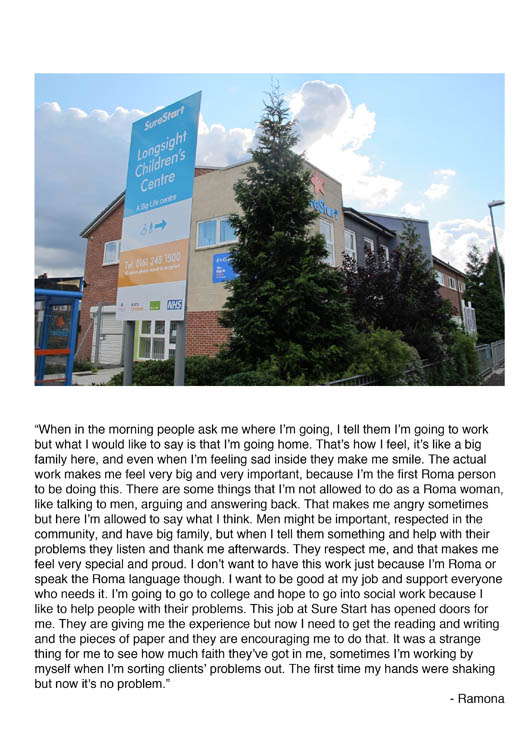