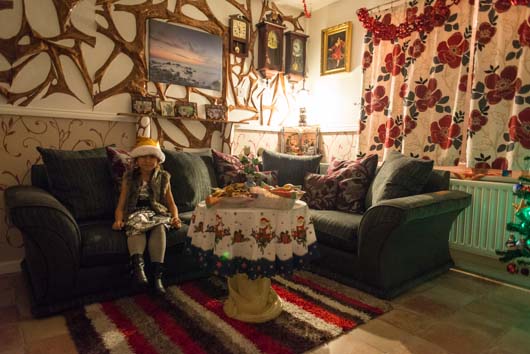 2012 has passed in a flash, and despite some ups and downs and many self-doubts and whinges along the way my Roma project has grown in ways I only could have hoped a year ago. Elvira and Me, which began as a student project, was turned into a book run by The Big Issue in the North Trust, which has recently started posting copies out to MPs, think tanks and the like, to try to overturn some stereotypes about Roma in this country. Really, I couldn’t ask for more than that – making work of this kind is pointless when viewed only within the photography ghetto. Since being awarded Arts Council funding and a Side Gallery commission just under a year ago, the project has also expanded – I thought maybe I’d end up with two other families/individuals as well as Ramona, but currently have six stories in the pipeline, all quite different. Over these coming months I’m going to have to get myself together, decide where this is all going and create some kind of narrative for these – the way I work, I’d otherwise have the potential to endlessly photograph the same people for the rest of my life…which is fine by me really. I can’t imagine working on a different subject these days, and these people have all become my friends. I’m terrible at journalistic distance.

So it felt natural to try and capture Christmas for a couple of my families….I was invited to Ramona’s home on Christmas morning as a friend, for the second year, and this time it felt much more comfortable as I have got to know the rest of her family much better. I was a little nervous of inviting myself to Middlesbrough to the Czech family I’m visiting for my Homelands commission, but when I realised they mark their Christmas on the evening of the 24th I knew I had to give it a try. I hate imposing myself on people but knew I had to just ask…they said yes but I had sort of thought they would. It was beautiful and I’m very grateful to them for their generosity of spirit, yet again. 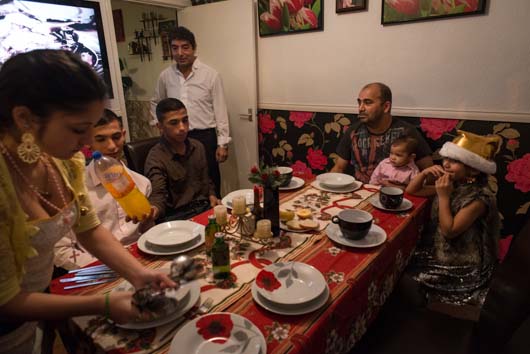 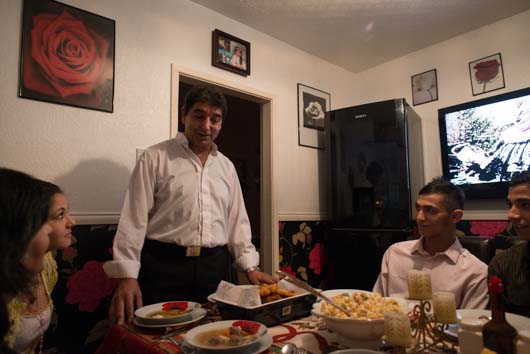 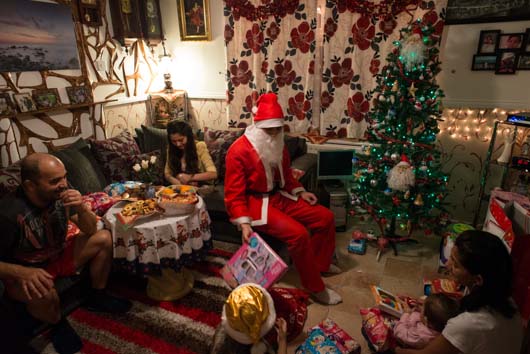 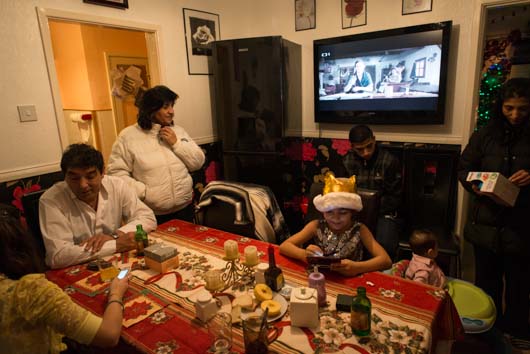 The two Christmases were quite different to one another. The Czechs ate a sit-down meal in which every dish contained meat (not great if you’re a vegetarian…) and gave out presents afterwards. On the table throughout was a small plate with two halves of apple and a few slices of bread. After the grandfather said something at the start of the meal (grace maybe), they all took and ate a small piece of the bread. When I asked about it they said it was there to give thanks and symbolise the bread they hope they’ll get enough of over the coming year. 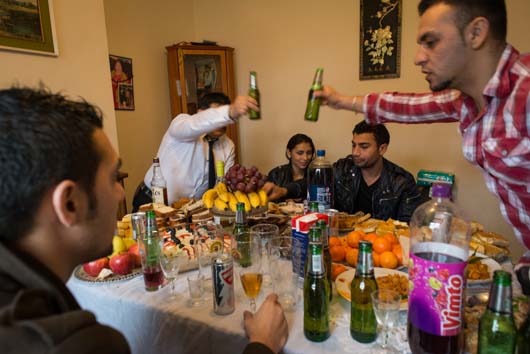 My Romanian Roma Christmas was a more raucous affair – I arrived at the home at about 10.30am, when Ramona was putting the finishing touches to her table, on which were traditional dishes she’d spent the previous day cooking. Her uncle then turned up and invited us to his home a few miles away, where they too had a laden buffet table. We all had to carry a drink in with us – we apparently couldn’t go in empty handed so she gave me a beer to hold. Everyone then dug in to the feast, eating from the dishes on the table. There were toasts, I was made to drink cherry brandy (sadly I was designated driver later that day though), and there was dancing. A lot of dancing. After a while we all piled back to Ramona’s, including her aunt and uncle, and the fun was repeated there. I was quite sorry to have to leave and lovely though it was, my sedate British Christmas a few hours later felt a little dull in comparison. 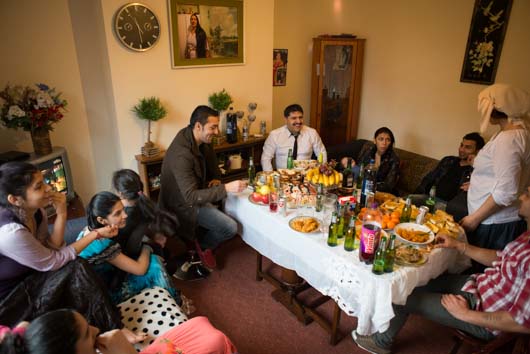 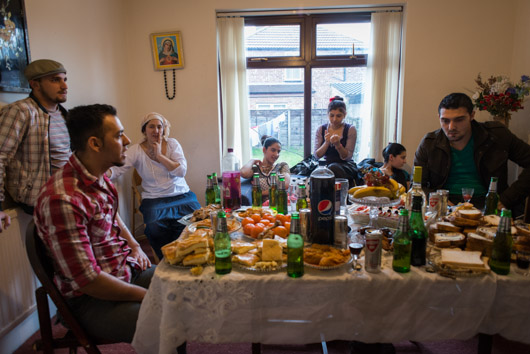 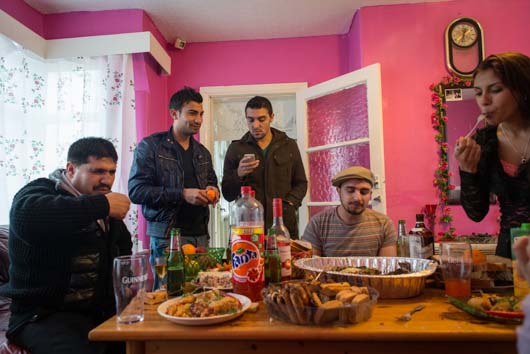