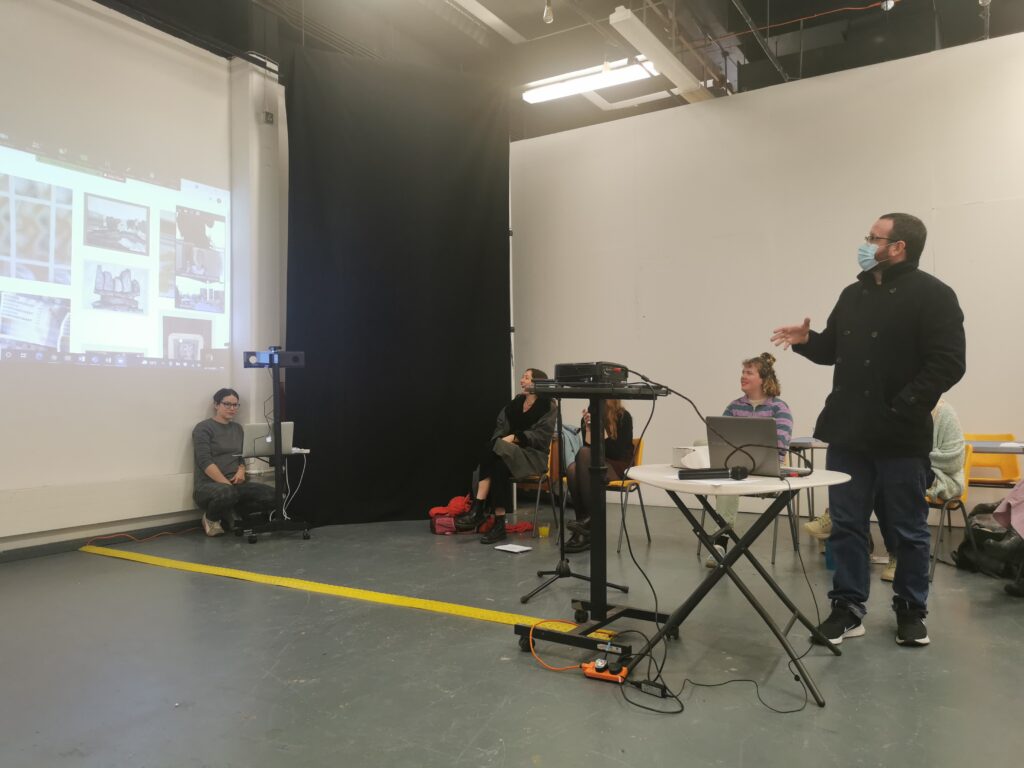 This week was the 4th CPD session at the Turnpike and focused on the roles of artists and producers, relationship building and project planning. We also got a chance to share some of our own work with one another. The session was fairly gentle but as per usual there was a lot of food for thought.

I’ve always been quite sketchy on what a creative producer actually does – in fact I think I only heard the term for the first time earlier this year, so it was useful to hear from people who have worked in that role, including a few fellow participants on the Making of Us programme. When artists get to a certain status or work on projects that are larger in scale, there is a producer who can help with funding applications, research, practical things like scheduling and sorting snacks and managing budgets. In some ways this sounds good – many of these things are frankly a bit of a grind. But at the same time I quite like being the person in control so that could be strange. The engagement and research phases are things I am particularly wedded to – I like to represent myself. The takeaway from this part of the session was the importance of good clear communication throughout any project – it was interesting to hear examples of when relationships went wrong, which often seemed to be because of poor communication or crossed wires and people not really being collaborative or doing their own thing.

The other rather obvious (but still, for me, a lightbulb moment) piece of advice which I took away was the vital importance of reading contracts and artistic agreements really well and challenging them if unhappy with any clauses. I have to admit I’ve not really read these documents very well until now, I’ve looked at the section on photo rights and that’s about it. This is a bad habit which I need to stop. I’ll be making sure I read them properly from now 0n – again I heard examples of where the wording wasn’t good for either party but because the contracts were cut and paste documents they were still in there. Yet again it all comes down to communication. A key lesson to take forward.

As part of the Making of Us we have been paired up with another participant artist and allocated an institutional partner where we will be delivering a series of workshops with young people, over the coming months. That’s going to be the focus now going forward. It’s all pretty exciting.