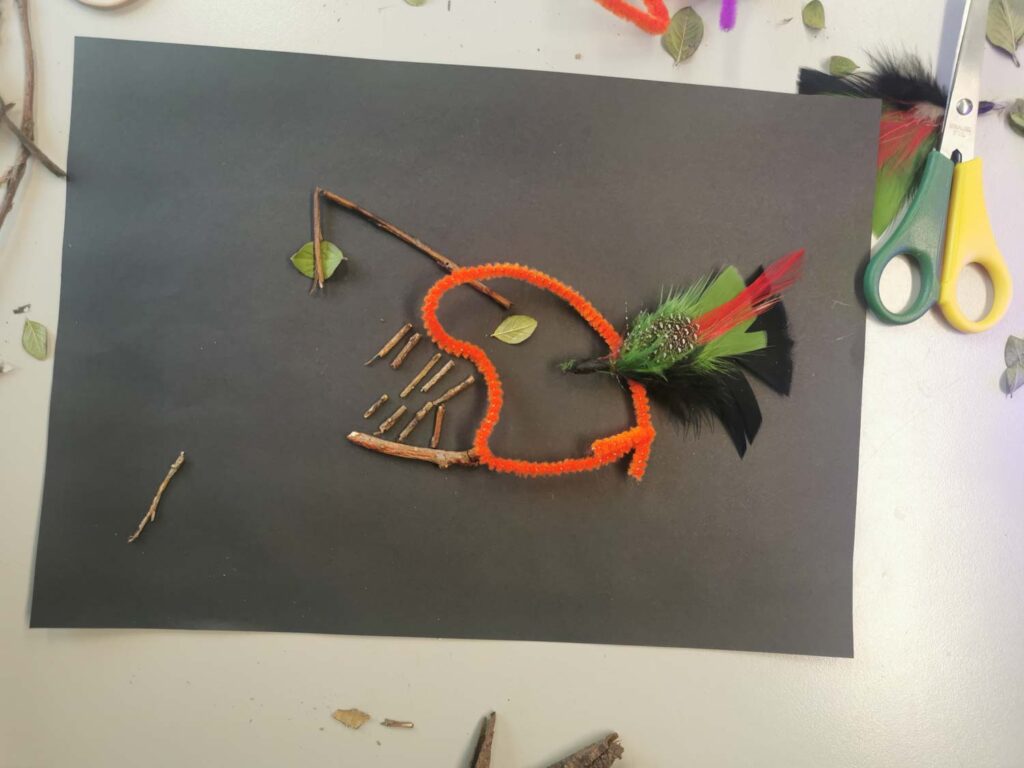 Today we delivered our sixth of eight workshops at Ashcroft School in Cheadle, as part of our involvement in the Making of Us, a professional development programme for socially engaged artists. We decided to experiment with cyanotype – something I’ve dabbled with a few times this year but never leading a group (other than my own kids). Cyanotype can be quite an open thing so in discussion with the school, we decided to theme our session around the idea of making a cross section of the sea. We made six A4 panels – with the three students who were present today each working together with an adult. The aim was to all create something which could then be put together into a bigger piece – so working both collaboratively and individually. This approach seems to work quite well with the participants.

We started our project with five young people but this is a challenging group for a variety of reasons and the numbers have waxed and waned throughout. Some pupils have been absent some weeks, while others have walked out partway through our sessions or simply refused to walk in at the start. Today I thought a few were about to bolt as I was explaining how cyanotype works – it’s quite dry and a bit much to take in – but we pulled it back when we did a demonstration sheet. From that point it seemed to get easier – one group member, who finds it difficult to sit and focus for long periods of time, managed to stay present and engaged for 80 minutes, which is quite an achievement. Pre-planning what we wanted to make on regular paper was a great idea, as we could then simply transfer the constituent parts to the cyanotype sheet before getting the UV torches out.  We both came away from the session feeling very positive and excited for how we can build on this over the coming two sessions.