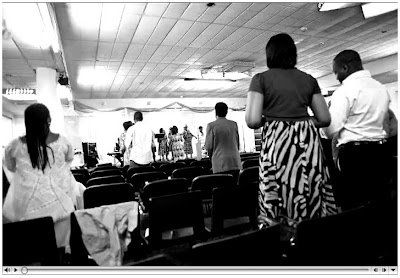 As anyone who looks at this blog may know, I’ve spent some time over the past few months getting to know Sofia, an African lady whose asylum claim was turned down by the Home Office earlier this year. She is currently destitute and survives with the support of charities in Manchester.
I’ve put together a short piece about her life, which I’ve now had the go-ahead to show to people and which can be seen by clicking on the picture above.
I’m not quite sure what I’ll end up doing with it…asylum is not a subject that the media likes to touch, unless it’s to bash asylum seekers. But I would like to find a way to get it ‘out there’ and seen by people.
It’s just one story, obviously, and not necessarily representative of other people’s experiences. But I’d like to find a way to expand this into a larger project on asylum and destitution…