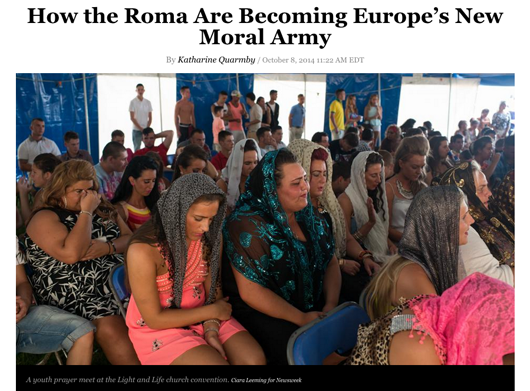 I don’t often get really excited about stories these days but when I was asked this summer to attend the Light and Life Gypsy church convention I definitely did. The rise of Evangelical Christianity among both English Gypsies and migrant Roma communities has not escaped my notice – I even attended a Romanian Romani Pentecostal church service near my home when I was first trying to make contacts within this community in 2009/10. To be handed access to this event as a photographer made this a dream commission for me. I was also excited to be working with the writer Katharine Quarmby, who published a cracking book on the eviction of Dale Farm last year, and to be asked to work for Newsweek was also fantastic. Thanks to Katharine for putting in a special request that I do the photos. Please click through to read her fascinating article and to see my photo gallery or download the PDF here.

A piece about the excellent work of the Salford Prison Project from the Guardian earlier this week. 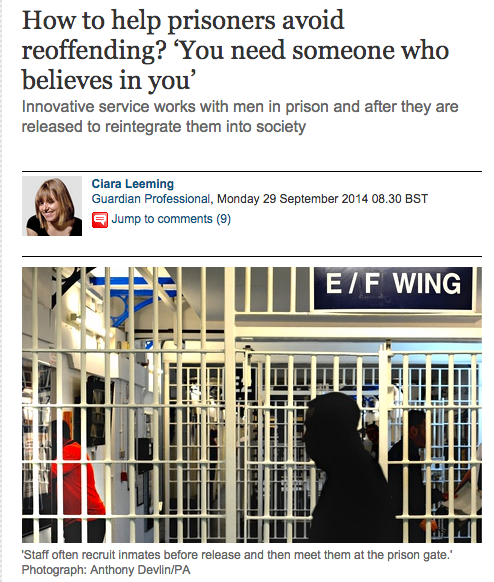 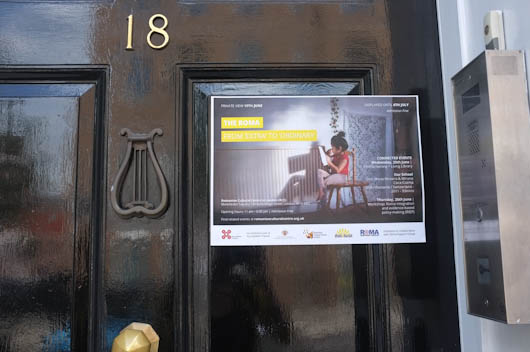 Some good news regarding the London Roma exhibition some of my work appeared in recently. The Roma – from Extra to Ordinary was picked up by the United Nations in Geneva and parts of it (including the photographs of Artur Conka and myself) will be on show during the 27th Human Rights Council meeting next month. I’ve also recently been selected to show some of my Roma work in a small solo exhibition in Greater Manchester late in 2015, which is exciting since so much of the project was shot in and around Manchester and Salford. More info on this in due course. 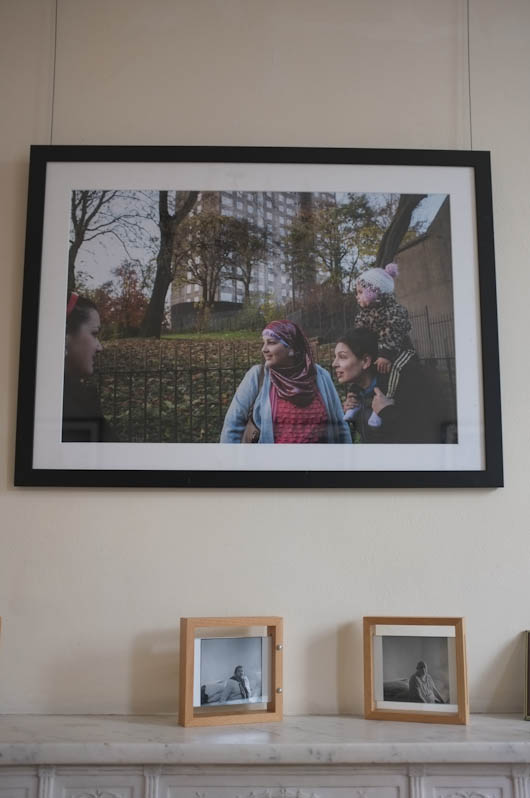 I took a short trip to London this week to check out an exhibition which is displaying a few of my Roma images – From Extra to Ordinary, at the Romanian Cultural Centre. Also shown was work by talented young Roma photographer and filmmaker Artur Conka, as well as family photos and images produced during participatory projects. The show – which ends this weekend – also included some very interesting archive materials, including receipts for Romani slaves from late 19th century Romania. The kind of thing we see a lot from the US slave trade, but rarely from the dark years when Roma found themselves in a similar position in parts of Europe. The show looked great: thanks to all for their hard work putting it together and thanks for including my work. 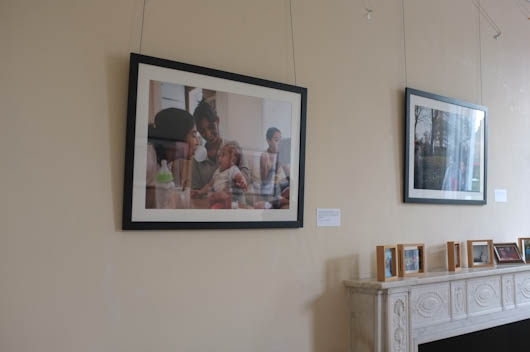 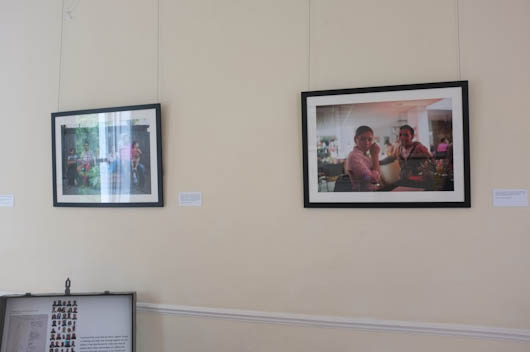 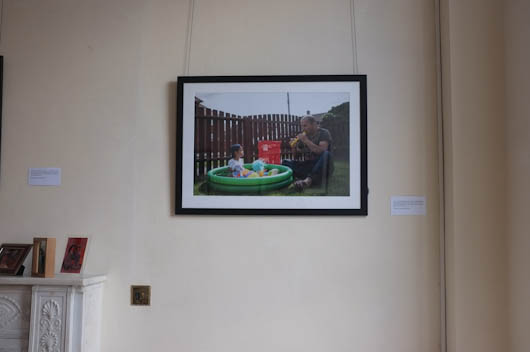 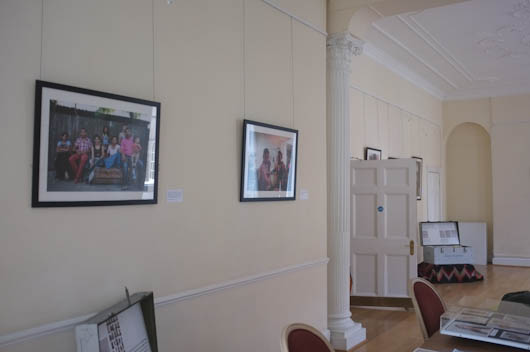 Two exhibitions at once.. this never happens. But next month a small selection of my Roma images will be on display at the Romanian Cultural Centre in London, in a show which highlights Romani culture and representation in the arts. My friend Artur Conka, a Romani photographer and filmmaker who has featured in my Roma project, also has work in the exhibition. I unfortunately won’t make the opening as I’ll be away but I’ll see it before it ends. I just showed Latifa, Ramona’s little girl, the poster with her photo on and she was very pleased. The work on show is from my Ramona/Elvira project and also from my Side Gallery commission in Middlesbrough (see them both here) .  To find out more about the exhibition and associated events click here.

My second exhibition is in Liverpool – more info over here.

I was lucky enough recently to be asked to shoot two portraits for a DaDaFest commission and exhibition celebrating the contribution disabled people make to their workplaces, which opens next month in Liverpool (preview 11 June). My participants were Ashish Prabhu, a young freelance journalist, and Laurence Clarke, a stand up comedian who is very funny and well worth checking out on YouTube. Click on the image below for the full press release.

I’ve not been posting much on here recently, in part because I’m having my website redeveloped at some point in the not-too-distant future. It’s not that I’ve given up work.

I had a small case study piece published on the Guardian website today, on prison leavers and mental health. Click on the image to read.  Other recent work for the Guardian can be seen by clicking here 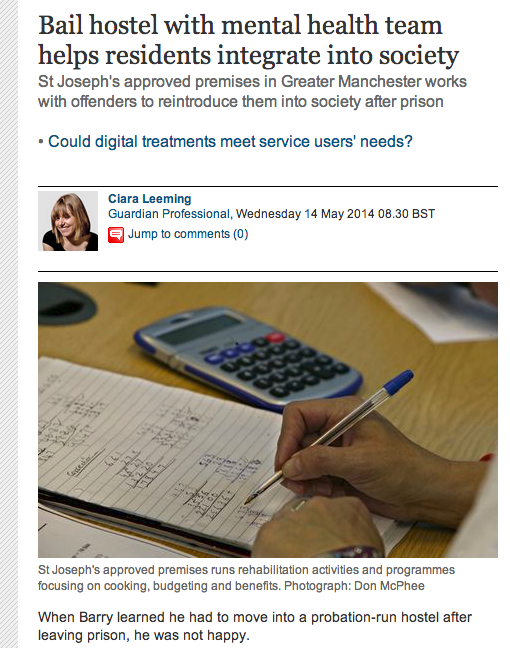 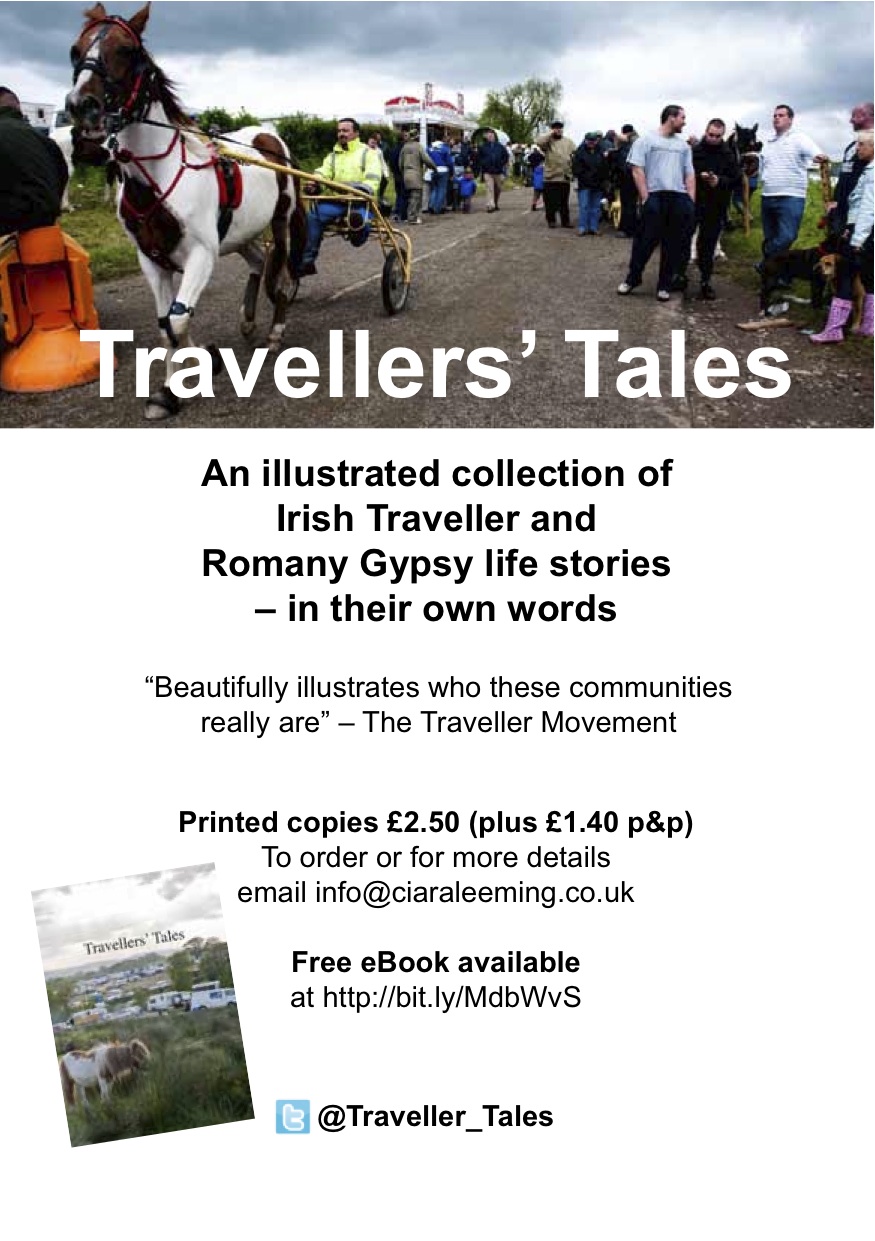 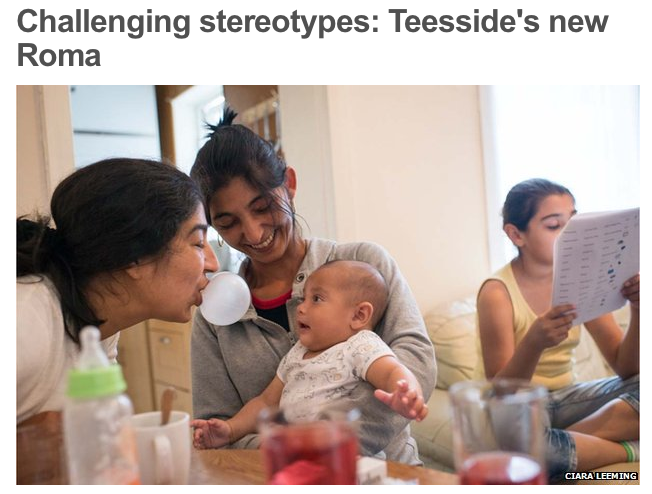 I was given the chance to write something about the motivations behind my Roma photo project and the Side Gallery exhibition (just over two weeks left!) for the BBC website’s photo blog earlier this week. I’m interested in trying to challenge the prevailing stereotypes of Roma – or the ‘single story’ of poverty and hopelessness – by working with willing individuals and families to document their experiences over long periods. It’s a collaboration but of course an uneven one – I am in ultimate control and that responsibility is something I take quite seriously. If you’re interested you can read the full piece by clicking on the image above.

I got mostly very positive reactions on social media but was certainly quite relieved when I saw the piece had gone up without a comments facility underneath, as I don’t always have the stomach for the nature of feedback which tends to be left under stories on Roma. I received two direct responses by email though, which illustrate the polarised nature of any debate over Roma and underline my point that we desperately need to challenge the stereotyping of these communities.

See my efforts at my Roma project website over here. 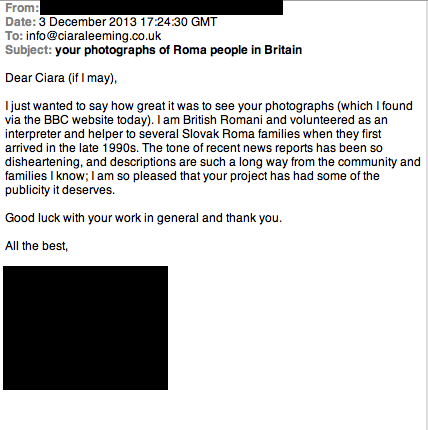 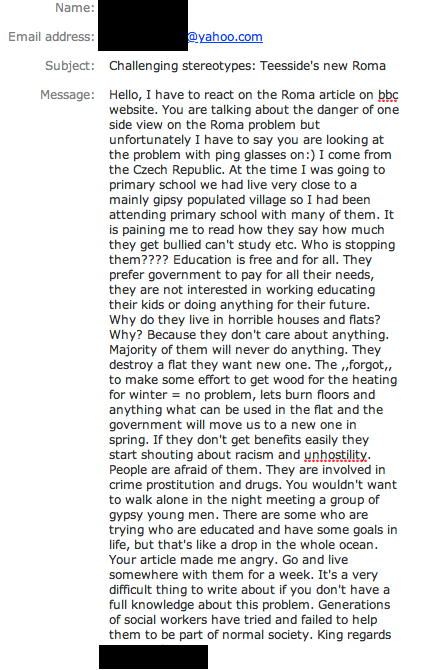 When Ramona – now a close friend as well as being a participant in my Roma documentary project – told me she was going to be appearing on Channel 4 News I had serious reservations. She wasn’t keen either – not because she has any feelings about the news show itself, which is the only decent TV news show in my personal opinion – but because she knew full well that it was a Channel 4 News report which kicked off the tabloid monstering of the Slovakian Roma community in Sheffield a fortnight ago. That report was okay in itself but did make a lot of simmering tensions in Page Hall and that is what the rest of the media seized on and did their best to exacerbate. So when I heard Ch4’s next target was my own neighbourhood of Levenshulme I was worried about what might happen – I feared the whipping up of resentments in certain sections of the community which have improved after much hard work by the council, the Big Life Company/ Big Issue in the North, the police and others such as certain folks at Manchester Uni. I am also protective of my Roma friends and worried about Ramona if that media attention did follow. Anyway the final report turned out to be fine, and as there was no sensationalism within it it didn’t lead to any follow ups, which was a relief. As someone who’s lived here for 10 years I am acutely aware what the long-term impact of poor reporting could be on for community cohesion. But Ramona did herself proud, as did her colleagues. My single minor disappointment with the piece was that Manchester University claimed pretty much all the credit for the improvements in this area – I found this a little disingenuous since The Big Life Company and the council were major partners in the work which created such fine role models as Ramona and the young men she works with. I nitpick but it jarred.

All my Roma work so far can be seen here http://theromaproject.com/