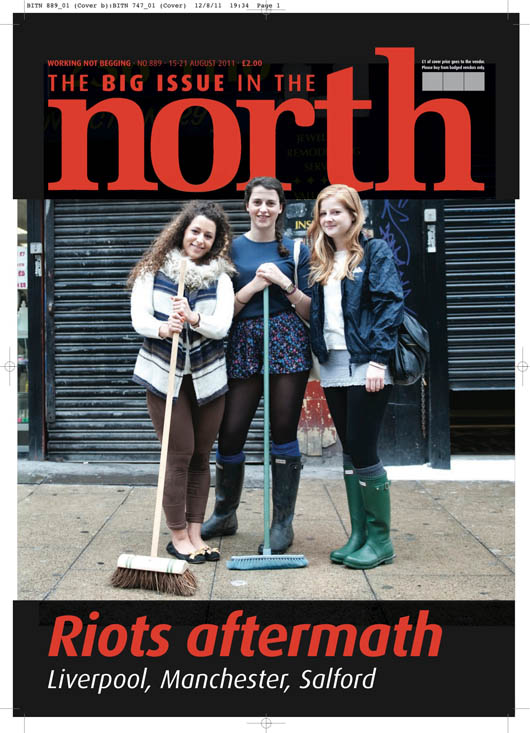 one of my images has been used on the front of this week’s Big Issue in the North. 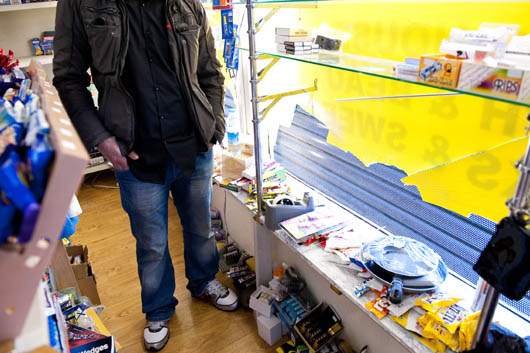 ABOVE: An Iraqi Kurdish shopkeeper in his bargain store on Lawrence Road, Wavertree, which was raided by looters on 9 August. The businessman, who prefers to stay anonymous, was alerted by a neighbour and went to guard his shop with several friends – staying from midnight to 7am to prevent more looting. He believes he recognised the raiders on his CCTV, and now wants to close his shop and leave the UK. “They took maybe £5,000 worth of stock and I have no insurance,” he said. “More than the money though, this has hurt me. On the CCTV I can see them laughing as they were doing it. This is not about the shop, it’s about my dignity. The police couldn’t protect my shop and I couldn’t protect my shop. That is a horrible feeling.” 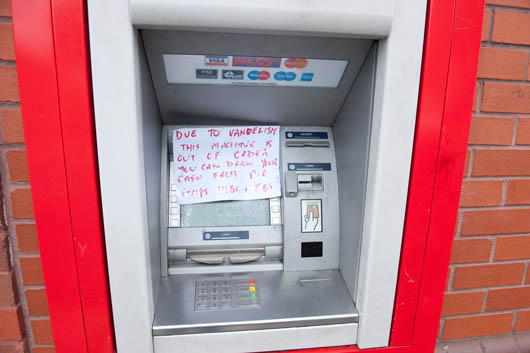 In Toxteth, local people launched a coordinated response aimed at reclaiming their streets in the wake of the violence. The Tiber Project and the Unity Youth and Community Centre, both in the Lodge Lane area, joined with other community organisations to form Toxteth Against the Riots. Concerned residents held a packed emergency meeting and organised themselves into groups which patrolled the streets tirelessly following the first night of trouble. All week, the centre is staying open until the early hours of the morning to provide the volunteers with food and hot drinks. Julie Smith, Unity Centre coordinator (pictured below) said: “It was petrifying, there were police horse charges and the intensity of the gangs which were roaming was scary. Our staff went out, young and old, along with other community members, many of them parents. We had 19 year olds out there trying to talk their peers into taking their hoods down and going home. The adults were telling them the same things but it can have more impact sometimes when other youths are trying to reason with them. I was really proud of our young people that night. A key problem was that a number of people out there causing trouble – especially as it got later – weren’t from L8 and didn’t know us, so our presence didn’t have the same impact on those ones.” 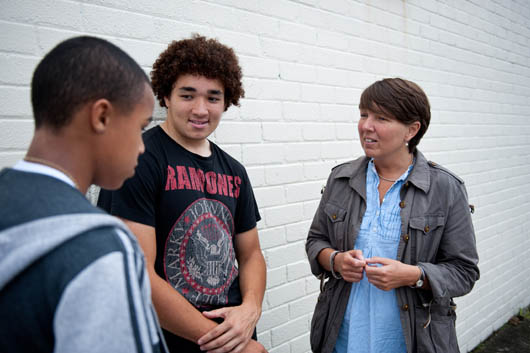 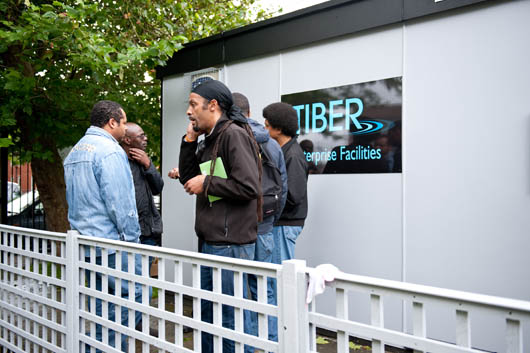 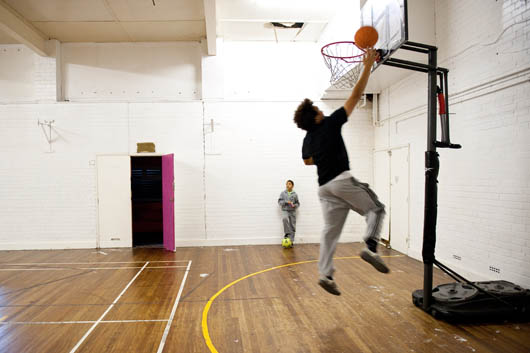 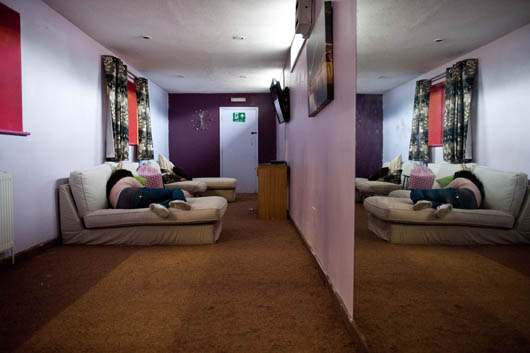 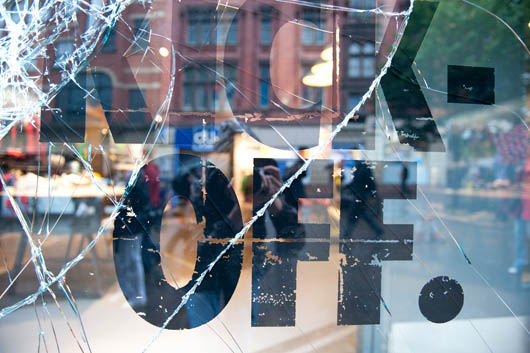 I stayed away from last night’s riots in Manchester city centre as I wasn’t on commission, but when I passed through Salford Precinct a few hours before it all started, I could sense that something was brewing. Like many local people I spent last night glued to my radio and getting increasingly angry about what was happening, and so this morning I got up early to check out how the city was looking. It felt very much like certain kinds of business had been targeted by looters – jewellers, pawn shops, bookies, mobile phone dealers and sports shops. The rest of the centre was relatively clear – the street cleaners had done a good job before I arrived at 6.15am. The atmosphere in Manchester was relatively defiant today but over in Salford people were decidedly jittery and expect more trouble tonight. 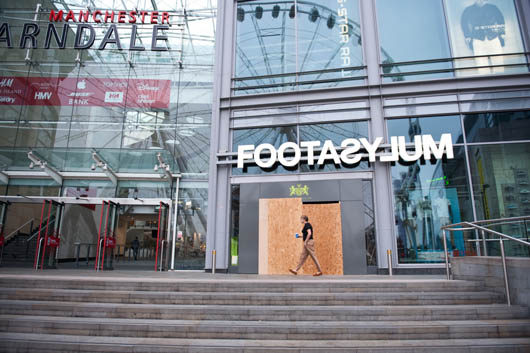 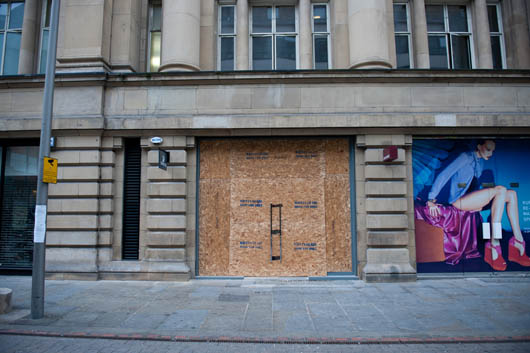 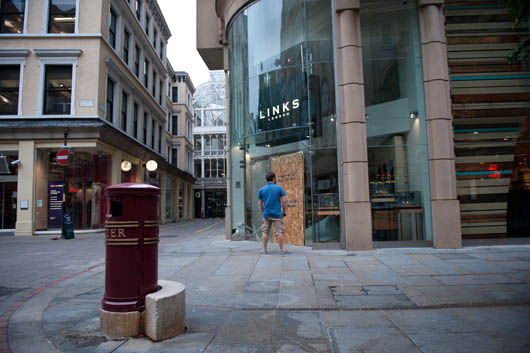 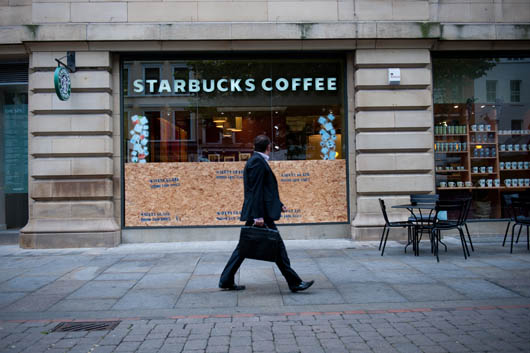 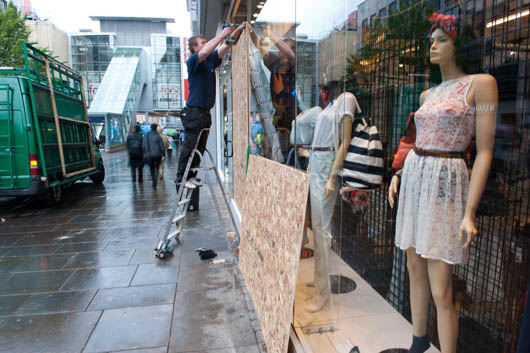 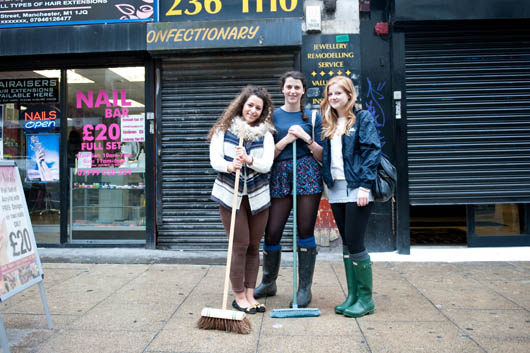